Soul Quest is a non-profit based out of Florida that incorporates ayahuasca into religious practices. In 2017, it submitted a religious exemption request to the DEA. Nothing happened. In 2020, it sued the DEA (a copy of the amended complaint can be found here). Only after filing suit did the DEA even formally acknowledge receipt of the 2017 petition. And in 2021, the DEA denied Soul Quest’s religious exemption petition.

Soul Quest’s litigation against the DEA is ongoing. I will analyze that litigation in a subsequent post. But today, I want to break down DEA’s denial of Soul Quest’s religious exemption petition.

At the beginning of its denial, the DEA lists all the evidence it reviewed in connection with the petition. This evidence included the petition itself, supplemental submissions and documents, the records attached to Soul Quest’s pleadings in the court case, DEA interviews of Soul Quest’s leadership, and review of Soul Quest videos and website.

It’s key to note that DEA not only looked at Soul Quest’s submissions, but the allegations in a lawsuit, public statements (e.g., Soul Quest’s website), and even statements by Soul Quest’s members on the Netflix documentary “(Un)Well.” It’s unclear whether all petitions are subject to this kind of scrutiny or whether it targeted Soul Quest after suing the government. But anything in the public record is fair game.

The Ayahuasca Manifesto is Soul Quest’s central text. But in interviews with Soul Quest members, the manifesto was mentioned once. Notably, according to Soul Quest’s operative complaint (see paras. 29, 31), the DEA only asked it about diversion control. So it makes perfect sense that the manifesto didn’t come up. Even if DEA did ask about it and it didn’t come up, there’s a big logical gap between not hearing enough about religious texts and not having a sincere belief. If someone is in a religious group and wants to explain their beliefs to an outsider, one of the worst things they can do is cite doctrinal text. The best way to break something down is to explain it simply in universally understood terms. This is arguably what Soul Quest did (see #3 below). It is a huge error to fault Soul Quest for not citing its doctrinal text ad nauseam in interviews with outsiders. This really is a terrible way to judge whether a group’s beliefs are legitimate.

DEA stated that Soul Quest did not require its members to profess belief in the Ayahuasca Manifesto or have continuing involvement with Soul Quest after an ayahuasca retreat. This, in the DEA’s opinion, means they didn’t have a sincere religious belief. This rings very odd to me. Excluding fundamentalists, most religious groups don’t require people to profess belief in their practice or come regularly to services in order to come in the first place. There may be certain aspects of a religious practice that require certain beliefs, but we live in a time where most religious groups are not hyper-secretive and isolated. People went to my Bar Mitzvah who were not Jewish. I have been to weddings and funeral services for people from other religions. DEA’s position would call into question the religious practices of many of these groups. It seems that DEA seems to want to impose a level of gatekeeping on members of or participants in psychedelic religious groups that would not be imposed in many other modern religious groups.

#3 Signing a Waiver or Referring to Therapeutic Benefits – No Religious Exemption!

DEA took issue with the fact that members were required to sign forms – including a medical form and a liability waiver – which were “purely pro forma.” But frankly, it would be odd if Soul Quest didn’t do this. Nobody denies that ayahuasca can have negative impacts for some people. Not having a waiver would be a red flag.

DEA also issue with Soul Quest providing medical services and claiming that ayahuasca has therapeutic or medical benefits. This too is odd. Adherents to more “established” religions often talk about how prayer, meditation, or other religious or spiritual practices can heal the body or mind. In modern society, where people are more suspect of religion in general, these discussions are often couched in medical or therapeutic terms. Imagine if DEA denied recognition to a more established religion because its leaders said that prayer could be therapeutic.

DEA pointed out that within the Soul Quest umbrella, there was a for-profit entity. It is not completely clear, but DEA claimed it was possible that the for-profit entity was selling ayahuasca. This is really a different issue from whether Soul Quest has a sincere religious belief.

#5 Relation to Other Religious Groups

Originally, Soul Quest was related to the Oklevueha Native American Church (ONAC), which is not centered around the Ayahuasca Manifesto. Soul Quest later disassociated with ONAC, which the DEA used as another “gotcha” to claim its religious beliefs were insincere. But as Soul Quest explained, it only originally associated with ONAC for legal protection for ayahuasca. To DEA, this “proved” the insincerity of Soul Quest’s beliefs. This is a huge logical misstep. Soul Quest’s association with ONAC – whether for protection or not – does not mean its own religious beliefs were insincere.

What is a Compelling Interest for Purposes of a Religious Exemption?

If a petitioner can prove those three things, then the burden shifts to the government to show that (1) it took the action to further a compelling interest, and (2) its action was the least restrictive means of doing so. Because DEA claimed that Soul Quest failed to meet its burden above, the government claimed it need not even discuss its own burden. But it nevertheless did so. DEA identified two different interests that it deemed compelling.

DEA claimed it has a compelling interest in protecting public health and safety from potentially dangerous substances. I’ll break this down:

First, DEA suggested that ayahuasca is dangerous merely because it is on Schedule I with all the other really dangerous drugs. Seems like flawless logic! The federal government has never put any non-harmful or lower-risk drug on Schedule I, right? Don’t even think about marijuana…

#2 Ayahuasca has Some Side Effects, as DEA Noted

Next, DEA suggested ayahuasca is dangerous because it can cause certain side effects. It would be silly to deny that ayahuasca can have negative effects for some people (e.g., consuming it before driving, bad trips, etc.)…

DEA pointed out that Soul Quest’s source plant material was labeled as “aromatic herbs” or “samples” that were sold only for purposes of soap and candle making. It said that the use of plants not intended for human consumption “poses obvious potential risks to human health and safety.”

These risks are apparently so obvious that DEA just decided not to explain them. Again here, we have a massive logical gap – just because something is not labeled for human consumption does not mean it cannot be consumed by humans. Marketing choices do not dictate safety.

DEA next claimed that it has a need compelling interest in preventing diversion of controlled substances.

DEA pointed out that in O Centro, the plaintiffs got ayahuasca tea directly from religious groups in South America. Soul Quest apparently imported herbs from an herb company in the Netherlands. For some reason, DEA believed that it could not track Soul Quest’s shipments. It never really explains though why a shipper from South America is more trustworthy than one in the Netherlands. Like with many other parts of DEA’s denial of the religious exemption petition, DEA just made a statement with no real support.

#2 Indirect Shipment is a Problem

Federal law and regulations require that controlled substance importers ship the substances directly to a DEA registrant. DEA found evidence that, in a few cases, the company in the Netherlands shipped its products to an intermediary first. This created chain of custody issues for the DEA. It seems pretty obvious that DEA could have just conditioned granting the petition on Soul Quest receiving direct shipments and implementing safeguards. Our firm handles a lot of regulatory matters across wide varieties of industries and I find it truly bizarre that a regulatory won’t give a group the ability to come into compliance before just saying no. And fundamental liberties are at stake no less.

DEA cited law which apparently holds that candor for registration applicants is key. Without having closely studied that case law yet, I’d question the applicability as a petition for a religious exemption is not a registration. As I’ve noted before (see below posts) DEA failed to go through the federally mandated rulemaking process to create this petition. So it at least feels a bit unfair that it’s citing case law that seems to discuss law that applies to (a) completely different registration processes (b) for which DEA actually went through the correct legal process.

Either way, DEA claimed that Soul Quest refused to discuss certain plans for compliance with the DEA on Fifth Amendment grounds. Somehow, DEA equated this with a lack of candor and didn’t believe Soul Quest had any Fifth Amendment rights to protect. The latter point is nonsense – given DEA’s proclivity for denying petitions, Soul Quest had to know that giving the DEA information would incriminate it if its members later used psychedelics. And merely not discussing something is different from lack of candor. In any case, if it is true that Soul Quest would not commit to importing in some manner that was close to what federal law requires, then this is probably a point off their book.

I should also point out that Soul Quest told DEA straight up that it wanted to implement extra physical safeguards to prevent diversion. DEA brushed this aside because of the “lack of candor” at Soul Quest.

DEA pointed out that Soul Quest has detailed screening and monitoring procedures. But it believed there were “allegations” that it failed to follow them. It pointed to one example of a wrongful death lawsuit that is ongoing (i.e., not proven) and one woman who was taken to a hospital and was told by hospital staff that this had happened before (major hearsay issue). DEA even noted that as of the date of the denial, that hospital hadn’t even responded to its subpoena for information on this point! So effectively, DEA has denied a petition on the grounds that Soul Quest does not follow its procedures based on two cases out of the presumably hundreds or thousands of people who have consumed ayahuasca at Soul Quest.

Unfortunately, most of the time, how DEA denies religious exemption petitions is a total mystery. Soul Quest’s petition is one of the few denials where DEA has taken the time to respond. Hopefully that will all change soon. For more of my Psychedelics Law Blog posts on religious freedom issues, see: 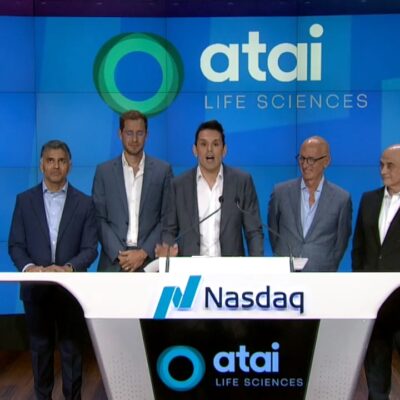 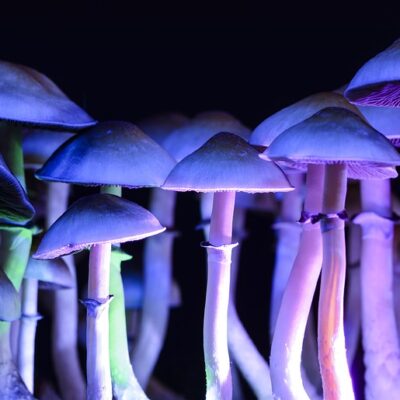