The Oregon Psilocybin Advisory Board (OPAB) was established by Measure 109 and is responsible for making recommendations to the Oregon Health Authority (OHA) for psilocybin services in Oregon. OPAB has met monthly since March of 2021, and the last monthly meeting is set for June 22, 2022. After that, OPAB will meet every two months. In a typical meeting, board members vote on what recommendations OPAB will make to OHA.

At last meeting on May 25, 2022, OPAB discussed the proposed Entheogenic Framework, group administration sessions, facilitator duties, facilitator code of conduct, the client bill of rights, and  client transportation. Most of the subjects were put to a vote, while others require more discussion.

Additionally, OPAB announced the OHA has adopted the first set of rules for the psilocybin industry, available here.

This document was controversial during the OPAB meeting. Some members asked who drafted the document, and called into question the motives of the drafter. A member stated there was insufficient disclosure of conflicts of interest by the chair of the licensing subcommittee; i.e. one of the subcommittees who recommended the document to OPAB. Others called into question the connection the document has to Measure 109, claimed it is too complex, or claimed it was a last-minute add-on.

Still, other members stated the document had been reviewed by two different subcommittees months ago. Further, the document need not be accepted in totality, but rather OPAB could vote to accept it in part. The religious/entheogenic aspect of the document need not be its anchor; rather, it could be a “community-based” or “non-profit” based framework. This could simply be an alternative pathway to licensure.

OPAB spent 25% of their public discussion time on this topic, but ultimately voted against it. The vote is consistent with the Oregon Department of Justice’s recently published view on the legal quagmire of OHA adopting any lesser standard of licensure or OHA regulation. Further, at the end of the meeting OPAB voted on an alternative, community-based approach. This, too, did not pass.

Service centers may offer group sessions, where clients can consume psilocybin along with other clients. This option not only gives people an opportunity to experience psilocybin with loved ones, but also offers a cost-effective solution to low-income clients who cannot afford a one-on-one session. How many facilitators should be required in these groups? Ultimately, OPAB considered the interests of client safety and affordability.

OPAB also discussed “sub-perceptual doses,” also known as “microdoses,” and whether the ratio can change based on the decreased risk of small doses. This topic was also controversial, consistent with concept of microdosing more generally under Measure 109. OPAB decided not to recommend a ratio based on sub-perceptual doses. Members stated each person is different, and doses are too personal to ensure it will be sub-perceptual for each person.

In January 2022, the licensing subcommittee recommended this code of conduct. It includes the fiduciary duties mentioned above, as well as competence, record keeping, advertising and more. Some of these concepts are influenced by other ethical codes, like the code used by MAPS.

OPAB voted to accept the Facilitator Code of Conduct.

This topic was also controversial during the meeting. OPAB discussed the proposed bill of rights, available here, as well as an updated version available here. (See page 27).

Most of the discussion on this topic focused on the clients leaving the service center. After a client ingests psilocybin, facilitators must advise the clients to wait to leave the service center until the facilitator deems them “safe” to leave. Further, the client must have transportation arranged to ensure the client does not drive after the administration session. Members expressed concern over keeping clients at a service center, and whether that involves physically restraining them, calling emergency services, or other unwanted measures.

Members noted a difference between refusing services and leaving the service center. Indeed, a client may refuse further services, and wait in the lobby until they are deemed safe to leave. Members compared this to the medical context, where patients must sign a sheet acknowledging they are leaving even though staff has not deemed them safe to leave.

Other than some minor changes to the language, OPAB voted to accept the client bill of rights and will recommend them to OHA.

Both the licensing subcommittee and training subcommittee recommended that clients be required to have a transportation plan. Clients are expected to have another person pick them up from the service center so the client does not operate a motor vehicle. While a client could leave an administration session before it has concluded, facilitators should not advise the client to do so.

OPAB continued its discussion of clients leaving the service center before they are deemed safe to leave. Members agreed that facilitators are not expected to physically restrain clients trying to leave prematurely, and clarified facilitators are merely not allowed to advise clients they may leave before it is safe.

OPAB voted to approve this recommendation.

OPAB will meet again on June 22, 2022. Per Measure 109, OPAB must submit its recommendations to OHA by June 30, 2022. Thus, the next meeting will be the last meeting in the recommendation period. You can attend the meeting via Zoom here. 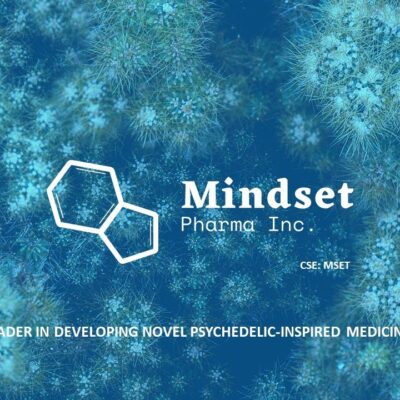